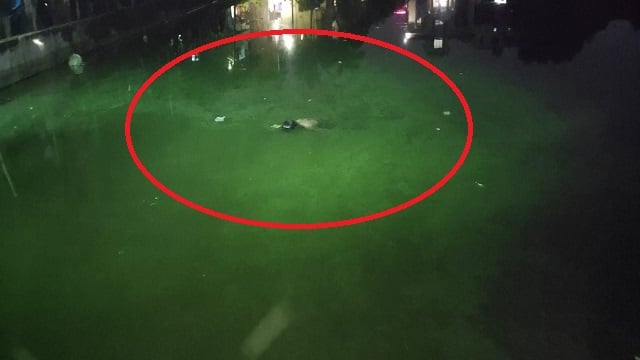 Bhubaneswar: The body of an unidentified youth was recovered from a pond at Malihata in the Laxmisagar area of Bhubaneswar on Thursday night.

Reportedly, the locals spotted the body around 8 pm last night and informed police and firefighters. On getting information, the local fire fighters arrived at the spot and recovered the body from the pond. The local police sent the deceased body for autopsy procedure to capital hospital

From the preliminary investigation, there were blood stains from his nose and scar on his neck. Hence, it is being suspected that he has been murdered and later the body has been dumped into the pond.

The cops have initiated a probe into the matter. The identity of the deceased is yet to be ascertained.

Earlier in the capital city, locals spotted the dismembered body parts (a hand and a feet of a human) dumped near a road side garbage bin kept in the Housing Board Corporation Colony situated in Kharvelnagar area.