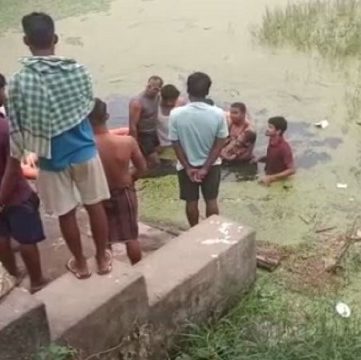 Nayagarh: The dead body of a missing child was fished out of a pond in Nayagarh district of Odisha today.

The deceased has been identified as Ladu Lenka, son of Lakshman Lenka of Kiajhar village in Nayagarh.

According to reports, Ladu went missing yesterday while playing in the village. His family had lodged a complaint in the Khandapada police station.

However sources say that, Ladu slipped into the pond while playing with other kids in the village.

Later on after being informed, the fire fighters searched for him in the pond and recovered the body.