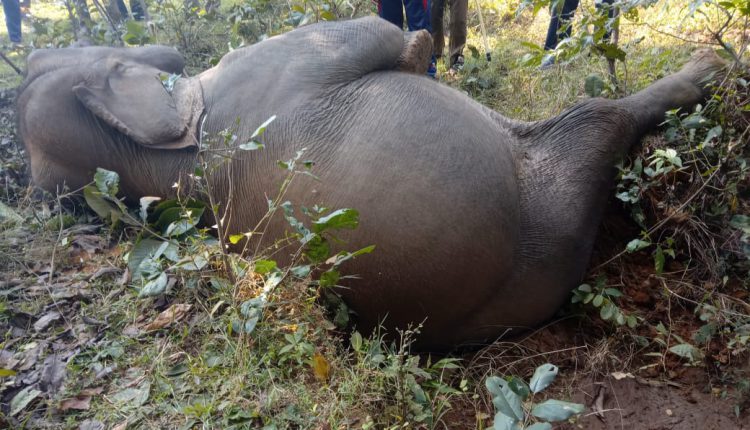 Sambalpur: Body of a female elephant was found from Champapara forest under Bamra wildlife division in the district today.

The body was first spotted by few locals who immediately informed the forest officials. Forest officials have started an investigation to ascertain the cause of death of the 15 year old elephant.

Death of elephants has emerged as a major concern for forest officials and animal activists as well. As per official statistics, as many as 732 elephants died in a decade between 2009-10 and 2018-19 in Odisha while 87 elephants have died in 2018-19, the highest in the last 10 years.

Abandoned ‘unicorn’ puppy has tail on his head!