Body of couple who jumped into Godhas waterfall in Nuapada recovered 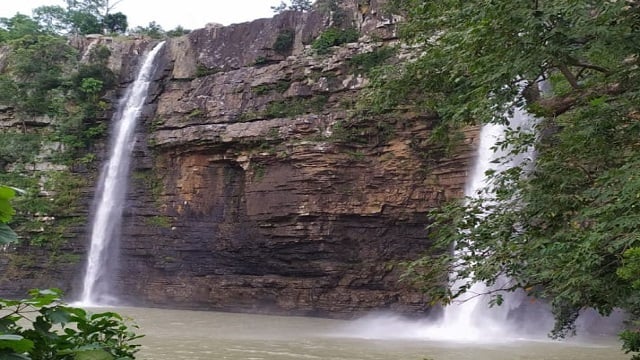 Nuapada: The bodies of the couple, who had jumped into Godhas Waterfall in Nuapada district, have been recovered by the fire services personnel today. They have been identified as natives of neighbouring State Chhattisgarh.

Reportedly, the bodies have been sent to the District Headquarters Hospital (DHH) for post-mortem following which they will be handed over to their family members.

A bike, some clothes, and a suicide note has been seized from near the waterfall, added reports.

Earlier on Sunday, they went missing after jumping into Godhas waterfall. The locals spotted the duo while they were jumping into the waterfall and immediately alerted the local police.