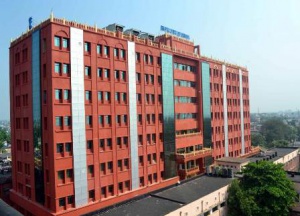 Cuttack:  In a major jolt to the state government, the Orissa High Court on Wednesday quashed the Socially and Economically Backward Classes (SEBC) Act of 2008, upholding  the State Administrative Tribunal’s (SAT) 2013 order in this regard.

The court also said that the quantum of reservation in respect to ST, SC and SEBC categories of candidates for Government jobs should not exceed 50 per cent.

In 2008, the state government had enacted the SEBC Act, providing a 27 per cent quota for SEBC candidates in government jobs. The Act came into force on February 7, 2009.

However, the SAT had quashed the Act on December 12, 2013 and ordered the government to modify the act to ensure that the total reservations did not to exceed the limit of 50 per cent set by the Supreme Court.

Later, the state government had moved the High court challenging the Tribunal’s order.

The Court observed that the state government, through the SEBC Act, provided 65.75 per cent reservation, including 16.25 for the SC category aspirants and 22.50 per cent for the ST category.

The Court ruling assumes significance since the candidates from OBC (Other Backward Caste) category get 27 per cent of reservation in central jobs while they can now expect no more than 11 per cent reservation in state government jobs.