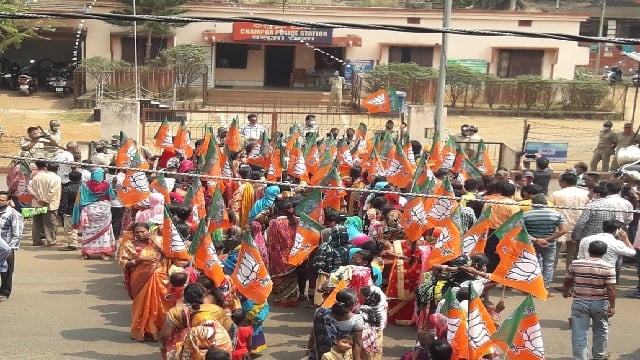 Keonjhar: The Keonjhar district women wing of BJP gheraoed Champua Police Station in protest against the alleged inaction of cops in a minor girl’s missing case.

As per reports, a youth from Jharkhand reportedly kidnapped a 16-year-old girl from Majhigaon village forcefully recently.

The girl’s family members have been running from pillar to post after filing a police complaint over the incident. However, the police are clueless of the missing girl.

Extending its support to the family members and demanding justice for them, the women wing of the saffron party of the district conducted a rally today and gheraoed the police station.

They alleged that the cops have failed to trace the girl even so many days after she was kidnapped.

The BJP workers also threatened to intensify their agitation if police do not find out the missing girl soon.

You Can Use WhatsApp Without Being Connected To Phone, Know How