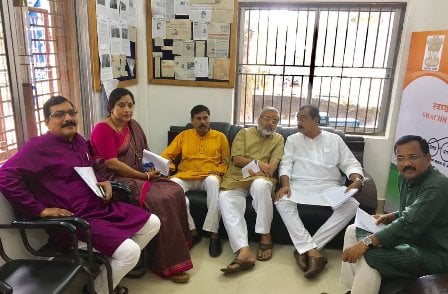 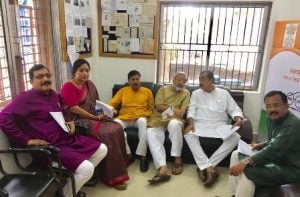 Bhubaneswar: An aggressive BJP after approaching the State Election Commission and Election Commission of India (ECI) over the allegations of poll funding irregularities in CM Naveen Patnaik’s Hinjili constituency in 2014 polls, has now moved the Enforcement Directorate, seeking a probe into the matter.

The BJP delegation led by Sameer Mohanty, Sajjan Sharma and Lekhashree Samantsinghar met Joint Director of ED in Bhubaneswar, seeking investigations into the alleged hawala transactions by BJD and its supremo Naveen Patnaik.

The BJP team provided details of the disputed bank account details along with 8 other accounts of the BJD to the ED, seeking a speedy probe.

The Biju Janata Dal has hit back, saying people of Odisha would punish BJP for spreading lies and slander against CM Naveen Patnaik and the party.