Bhubaneswar: The Bharatiya Janata Party (BJP) on Saturday announced the names of candidate for the upcoming Padampur by-elections.

Pradip who is now the BJP Krushak Morcha president, was elected to the Odisha Legislative Assembly from Padampur in the 2014 elections. However, Purohit lost the 2019 election to Bijaya Ranjan Singh Bariha by a margin of 5,734 votes.

Jayanarayan Mishra Appointed As The New Leader Of Opposition…

Now, the BJP high command has once again expressed confidence in Pradeep Purohit for the by-election going to be held on the Padampur Assembly seat.

Bypoll will be held on December 5 and the votes will be counted on December 8. Padampur Assembly seat fell vacant after the death of sitting BJD MLA Bijay Ranjan Singh Bariha last month. 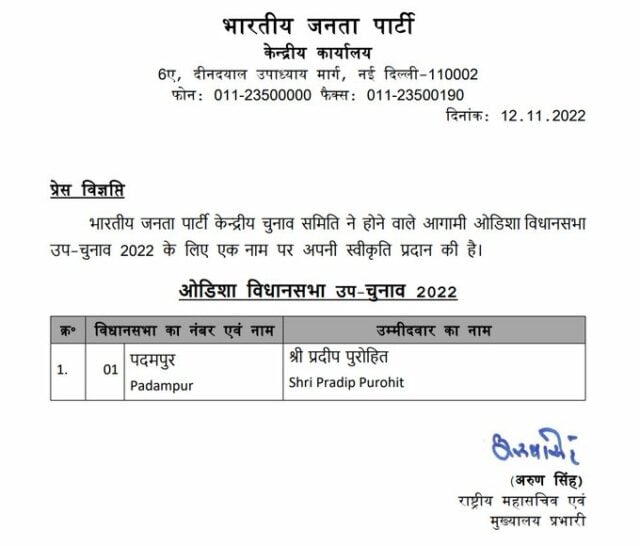 No mental block; Rohit Sharma’s boys were simply outplayed on that given day by England: Uthappa

India more conscious than ever about its data usage:…