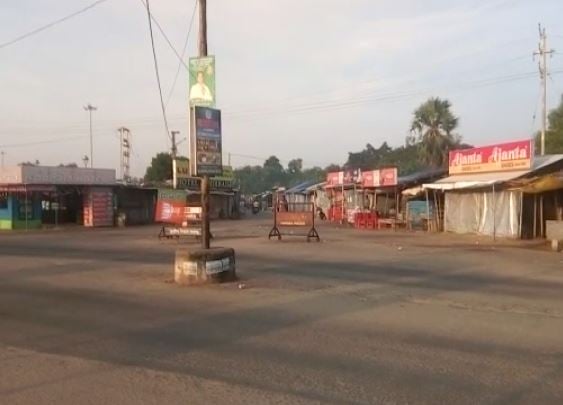 Konark: Life came to a standstill across Konark today as the BJP’s Mahila Morcha observed a 12-hour protesting gang rape of a woman belonging to West Bengal and police’s delay in arresting the accused.

While shops and other business establishments remained shut and vehicular movement came to a grinding halt during the bandh which started at around 6 AM in the morning and will continue till 6 PM.

Along with the arrest of the prime accused in the case, the women’s wing of the saffron party also demanded initiatives on the part of the administration to make ‘Konark’ a prostitution free region.

BJP’s Mahila Morcha President Prabhati Parida alleged police of not taking action against the accused and kingpin under pressure from the ruling party.

If the government fails to fight prostitution in the region then tourism sector will be largely affected due to it, the bandh supporters claimed.

Notably, the victim woman was held captive and gang raped by a group of men for 10 days in Konark this month. Police and locals saved her from a closed room located near a market complex in the area on Oct 17. The victim informed that she was lured to Odisha on pretext of a job and then forced into flesh trade.

Police have arrested at least six persons in connection with the case so far.