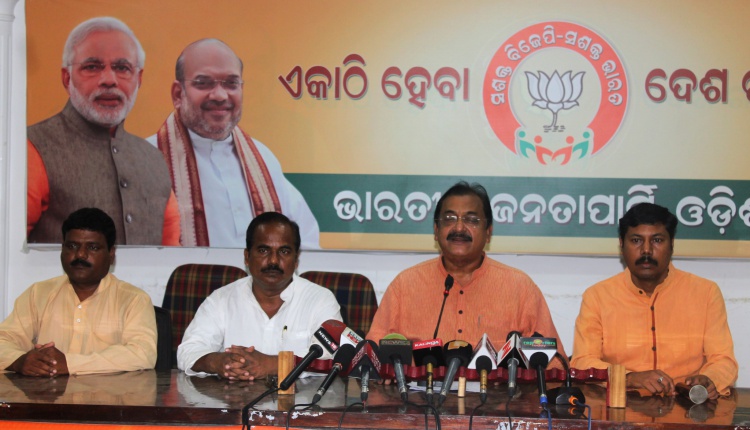 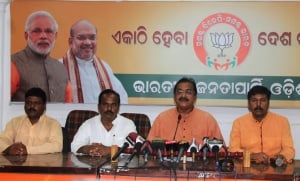 Bhubaneswar: The BJP Krushak Morcha, Farmers’wing of Odisha BJP Unit, will kick-start a state-wide signature campaign from July 1 to July 15 in order to press their two-point charter of demands in favour of farmers’ interests that includes farmers’ loan waiver and interest –free agricultural loan.

Addressing a press meet here on Saturday, BJP State Vice President Sameer Mohanty said, “BJP Krushak Morcha will celebrate “Farmers’ Right Fortnightly” during July 1 to July 15. Signatures of people at 3600 election booth from across the state will be collected during this period starting from July 1 to press the Naveen government for farmers’ loan waiver and interest –free agricultural loan in the state”.

Mohanty also pointed out Naveen government’s apathy for the farmers in the state.

“Various BJP ruled States including Maharashtra, Madhya Pradesh and Uttar Pradesh had already announced farmers’ loan waiver in their respective states. However, Naveen Government has not been taking any steps in this regard during its 17 years of rule though there is a rise in farmers’ suicide rate for loan burden in the state”, he added.