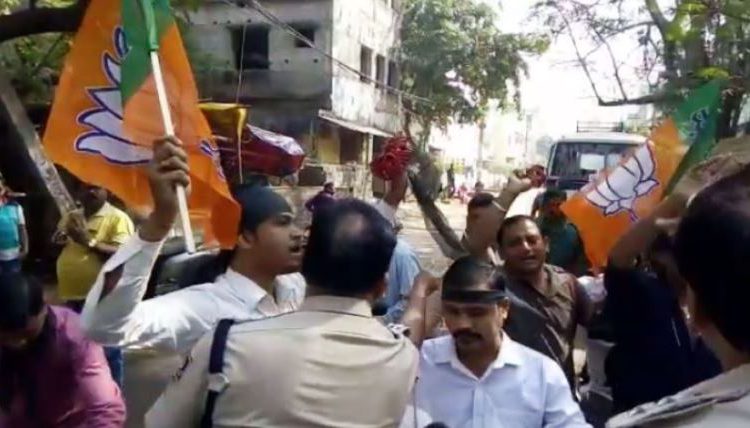 According to reports, youth activists of the saffron party protested the Chief Minister’s visit by showing black flags and bangles near CDA. Besides, they hurled eggs at police vehicles near Jobra barrage by shouting slogans against Odisha government.

Patnaik is slated to inaugurate many projects which includes an auditorium, BSc Nursing College, Girls’ hostel for the nursing students and Wi-Fi facility on the premises of SCB Medical College and Hospital in the city. He will also inaugurate an Urban Community Health Centre in CDA Sector-7 of the city.

Odisha man beaten to death over suspicion of practising sorcery