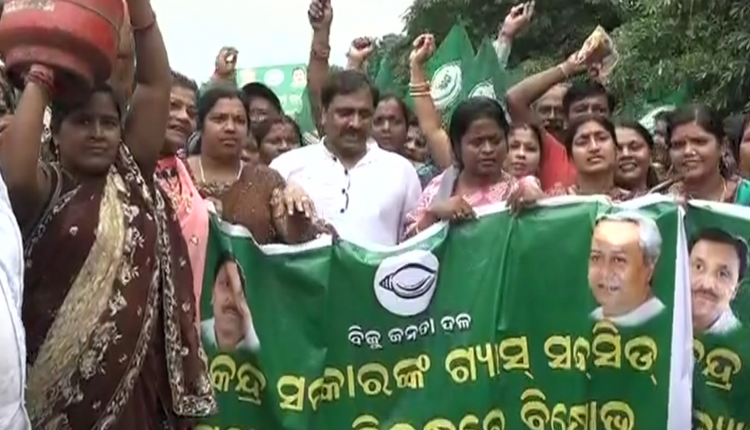 Bhubaneswar: The Biju Mahila Janata Dal (BMJD), the women wing  of the ruling BJD, on Friday staged a demonstration outside the Raj Bhavan here in protest against  the Centre’s decision to withdraw subsidy on LPG cylinders in a phased manner.

Thousands of BJD women activists, including various legislators, participated in the dharna under the leadership of BMJD president Pramila Mallick.

Addressing the gathering,.Mallick said, “The centre’s decision to withdraw LPG subsidy and hike the price of cylinders by Rs 4 every month would badly affect the common people in our state.”

“If the Narendra Modi Government does not change its  decision on the price hike of cooking gas, we will protest in each block headquarters across the state in the days ahead,” she added.

Members of the BMJD will submit a memorandum to Governor SC Jamir addressed to the President of India in this regard later in the day.

The BMJD has also called for an agitation in front of the office of district collectors across the state on August 8 to press their demand for withdrawal of the price hike on cooking gas.