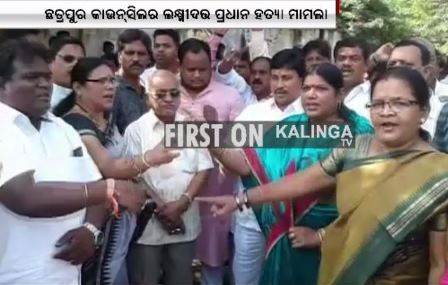 The state ruling party’s demand came in the wake of the Call Details Record (CDR), which revealed that the saffron party leader was in conversation with Krushna Chandra Nayak, one of the two conspirators arrested in connection with the killing of Chhatrapur Councilor.

They alleged that the BJP spokesperson had helped Nayak and other conspirator Duryodhan Reddy to flee the state soon after the murder of Laxmidutta Pradhan.