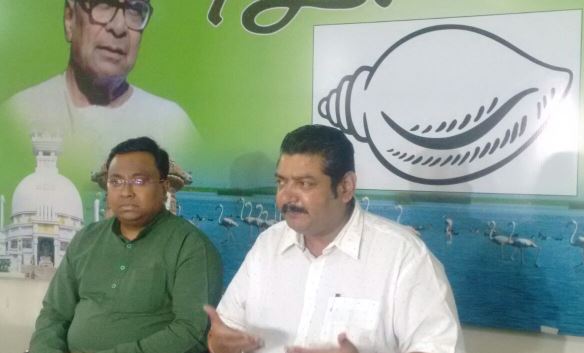 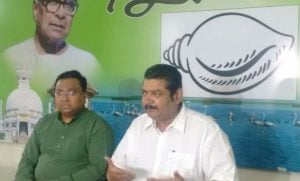 Bhubaneswar: Hours after BJP leader Golak Mohapatra questioned the role of Ganjam SP Ashish Singh to make his Call Details Record (CDR) public in connection to Chhatrapur BJD Councillor’s murder case, the ruling BJD hit back the saffron party and urged Mohaptra to clarify whether he was in touch with the conspirators of the murder case.

Addressing a press conference on Monday, BJD spokesperson and Rajya Sabha MP Pratap Deb questioned who had provided assistance for the staying of accused persons in Uttarakhand.

“Can the BJP and their spokesperson Golak Mohapatra clarify who had booked the Room no 204 in Uttarakhand State Guest House in favour of the key conspirators of BJD Councillor’s murder case?, ” Deb questioned.

“Why the name of Ganjam SP was unnecessarily dragged in the matter when the law is taking its own course,” he said.

Earlier on the day, Mohapatra, in a press conference,  said that the alleged CDR was a political motivated attempt to tarnish his political image and stop the rising popularity of BJP in Ganjam district. He also questioned the role of Ganjam SP in this regard.

According to the CDR, the BJP leader had often spoken with Krushna Chandra Nayak, one of the two conspirators arrested in connection with the murder of Chhatrapur Councillor Laxmidutta Pradhan. The call details of Mohapatra’s number had received calls from Nayak’s number between September 15 and October 22.