Bittihotra Mohanty walks out of jail 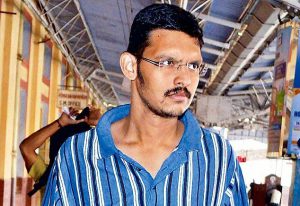 Jaipur: In a great relief to Odisha’s former DG Bidya Bhusan Mohanty, his son Bittihotra Mohanty on Thursday walked out of the central jail here in Rajasthan after completing his sentence of a three-month jail term for jumping parole in the German-woman rape case.

In April 2017, the Supreme Court had granted bail and asked Bitihotra to surrender his passport in the trial court besides furnishing a bail bond of Rs 2.5 lakh in connection with the rape case. However, the Rajasthan High Court on May 2017 pronounced a three-month jail term on Bitihotra for jumping parole in the trial case.

Bitihotra was convicted of raping a German woman in a hotel in Alwar city in 2006, while both were on a Rajasthan tour. He was sentenced to seven years of rigorous imprisonment by a Jaipur fast track court in the same year after he admitted to the crime.

However, the convict had absconded in 2006 after getting parole on the ground of visiting his ailing mother. Almost seven years later, he was arrested from Kerala in March 2013 where he was living by changing his identity.

Ironically, Bitihotra had managed to get a job in a bank and was staying in Kerala under a fake identity as Raghav Ranjan.