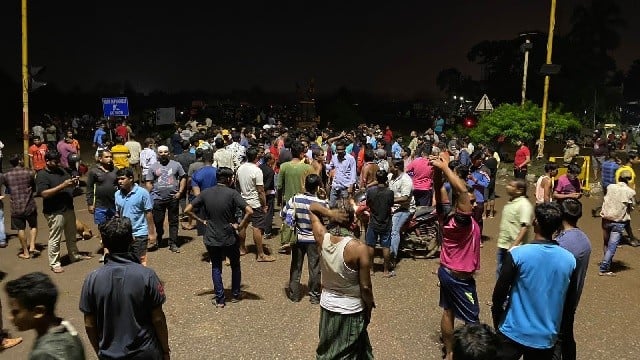 Cuttack: Tension ran high near Gopalpur in Cuttack City of Odisha this evening following the death of a local youth in a road accident.

One Trailochan Behera of Balikuda was going on a bike. However, he fell down from the bike after losing control over the vehicle due to the pits filled with rainwater. In the meantime, a speedy truck which was coming from his behind ran over him, causing his death on the spot.

Odisha: Man dies after being hit by gas-laden vehicle,…

3 students critical after being hit by speeding car in…

Irate over the death of Behera, hundreds of locals blocked the NH-16 near Gopalpur. Vehicular movements on the route were heavily disrupted due to the road blockades. Hundreds of vehicles including passenger buses were seen stranded on both sides of the National Highway.

The angry locals demanded adequate compensation for the family members of the deceased bikers and the arrest of the truck driver.

Meanwhile, police have reached the spot and started an investigation into the matter. They are also pacifying the angry locals to lift the road blockade.