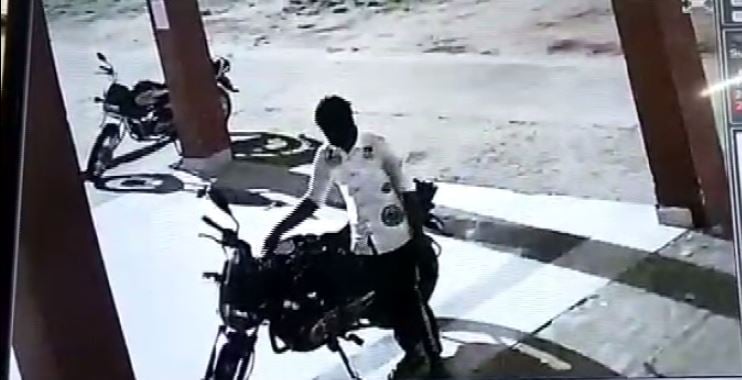 Dhenkanal: In a daring heist, a miscreant stole the motorcycle which was parked on the premises of the district headquarters hospital (DHH) here on Monday.

The entire sequence of theft was captured on a CCTV in which the miscreant attempted to unlock the bike thrice and then he managed to break open the lock with another duplicate key.

The moment he succeeds to unlock the motorcycle, the youth, flees from the spot with the vehicle.

The bike is stated to be owned by a staff working in the Dhenkanal hospital.

Later, he registered a complaint at the Dhenkanal Town Police station.  Police have scrutinized the CCTV footage of the incident and  and have launched a probe on its basis.