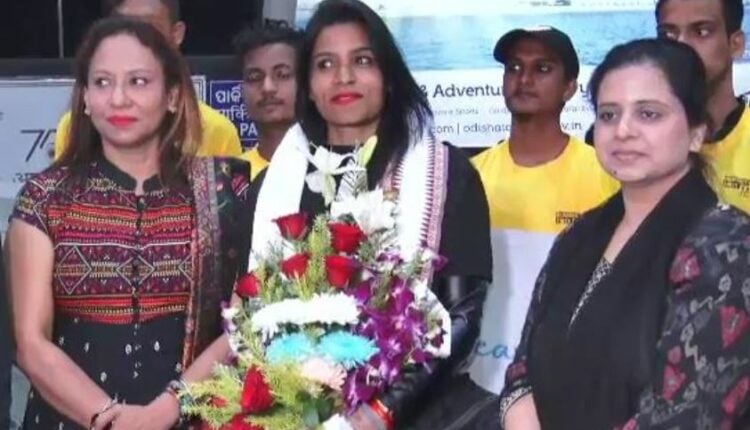 Bhubaneswar: Amita Singh, a popular lady biker from Odisha returned today from Delhi after taking part in a difficult Moto-ride event. After landing in Bhubaneswar she was given a rousing welcome at the Airport.

Amita Singh, who has married in Odisha is also known as Bikerni Amita Singh or Bike Rani Amita Singh. She had set out from Odisha on September 6 and later attended a Motor-riding event organised by Freedom Motoride.

Amita had represented Odisha in the event at the national level. As many as 75 bikers participated in this event and rode their way to 75 heritage site. The theme of this campaign was “Go Motivate the People for Fitness” and “Unity in Diversity”.