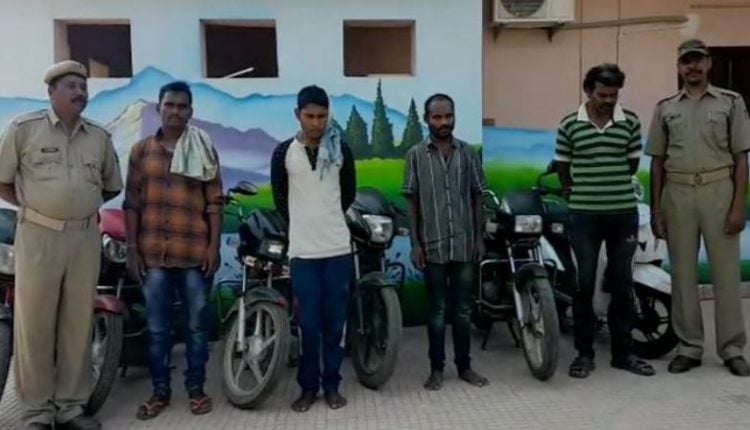 Nuapada: In a success against bike lifters on prowl in the district, Nuapada Police today arrested at least three members of an inter-state gang and recovered six stolen bikes from their possession.

As per the report, a team of Khariar Road Jonk Police conducted a raid under its limits last night after getting a tip-off on the presence of the gang. During the raid the gang members tried to give police a slip which cops foiled and nabbed them.

Police said the gang was involved in a number of bike lifting cases in Odisha and its neighbouring states.

The arrested bike lifters were forwarded to court later in the day.