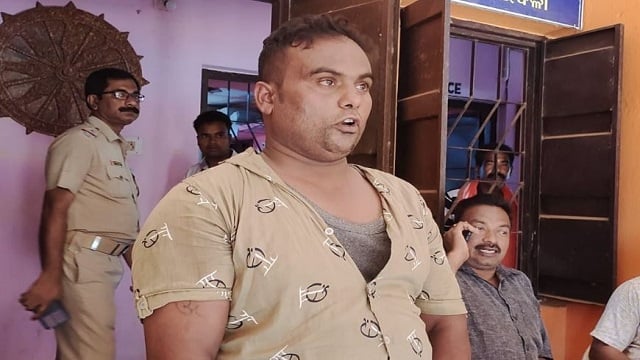 Baripada: A man was beaten black and blue after he was caught red-handed by the locals while stealing a bike at Krushak Bazar under Udala Police station limits of Mayurbhanj district today.

One Bijay Kumar Mohanty of Naraharipur village in Balasore was trying to steal a bike from the Krushak Bazar. In the meantime, the owner of the two-wheeler reached the spot and raised an alarm. Soon a group of locals gathered on the spot and beat Bijay black and blue after catching him.

A team of cops from Udala Police Station reached the spot after getting information and rescued the accused from the angry locals.

Video of Bijay’s attempt to steal the bike from the Krushak Bazar was captured by the CCTV cameras installed in the area. In the video, another person who had accompanied Bijay also can be seen. However, he managed to escape from the scene.

Meanwhile, a probe by the Udala Police has started.

Firing in Puri leaves one dead, another youth stabbed by miscreants near Mausi Maa Temple