Bhubaneswar Railway Station to be developed into a world-class station 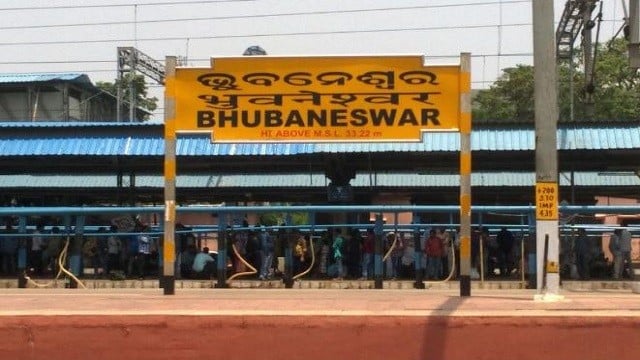 Bhushan inspected the Railway Station this afternoon and took stock of the various passenger amenities and facilities required to be developed as part of the station redevelopment plan.

Bhushan said that the railway station will have airport-like modern facilities. The station will be developed into a commercial hub with aesthetic lighting, improved signage, and improved passenger amenities including waiting hall. More amenities will be provided to the travelling public. Apart from this, Circulating area will also be developed and will be beautified. Drainage system will be thoroughly addressed. More parking space will be provided near PF-6 side.

Addressing the Media, the General Manager said, the MoU for Bhubaneswar Station redevelopment with State Govt and ECoR was signed in September 2019. The station will be developed in collaboration with Odisha State Government at an approximate cost of 1075 crores.

Meeting with State Govt officials are being conducted frequently. Detailed project report and plan for construction has been done. After finalizing the detailed project estimate, tender will be floated. Within six months, work will be done as per the plan.

The General Manager has also appealed for suggestions and ideas for enhancing the aesthetics.