The two minor girls were allegedly abducted and gangraped at Patia Railway Station in Bhubaneswar on January 16 night. 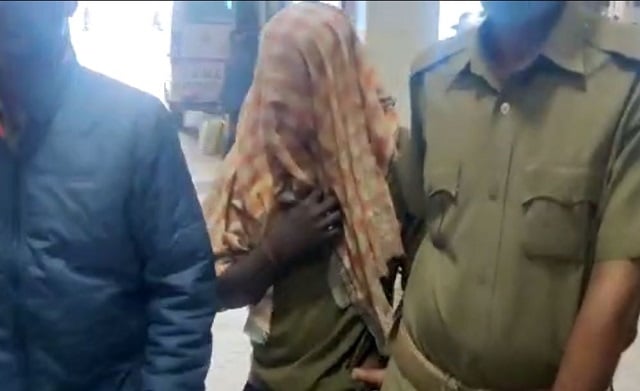 The accused has been identified as Bulu Mallik and was arrested from Banki by the GRP police.

Earlier, the main accused was arrested from Khurdha by the GRP police

The two minor girls were allegedly abducted and gangraped at Patia Railway Station in Bhubaneswar on January 16 night. The accused forcefully took the 12 and 14 year old girls to a foot overbridge at the station and sexually assaulted them.

The girls narrated the entire ordeal to their parents following which the family registered a complaint with the Government Railway Police and also informed the Bhubaneswar Childline.

The minor girls claimed that the two accused took them to the foot over bridge at Patia Railway Station and repeatedly raped them after tying them them with a rope.

The accused threatened them with dire consequences if they revealed the incident to anyone.The girls were students of Class 6 and 9 standard.

The accused are expected to be booked under Protection of Children from Sexual Offences (POCSO) and relevant sections of the Indian Penal Code (IPC).