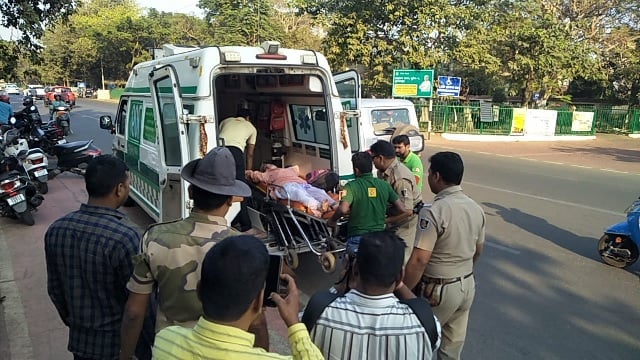 Bhubaneswar: An elderly man on Wednesday attempted to commit suicide in front of the Lok Seva Bhawan in the capital city of Odisha alleging Police inaction.

The said elderly man has been identified as Rabindra Mohan Das of Raghunathpur in Jagatsinghpur district.

As per reports, the elderly man attempted to commit suicide by consuming phenyl in front of Lok Seva Bhawan. However, he has been rescued and sent to SCB Medical College and Hospital in Cuttack for treatment as his health condition deteriorated.

The elderly man said that he wanted to consume poison but as he could not get the same, consumed phenyl. He alleged that two persons have been harassing him since long. He said the names of the two persons are Ajay Barik and Satyabrata Behera. They had landed Rs 6 lakh from him to open a parlour. Yet, they did not return the money but attempted to murder him.

The old man further alleged that though he has filed a written complaint at Tamando Police Station one year back Police are yet to take action. Even, whatever Police said accordingly he did, but he is yet to get justice.  As he was denied justice despite his best possible effort he wanted to commit suicide, he said.

The old man is living at the Kurunda Buddhashram (old age home) in Phulnakhra area.

Citroen’s new electric car to be named as eC3, to launch in India very soon