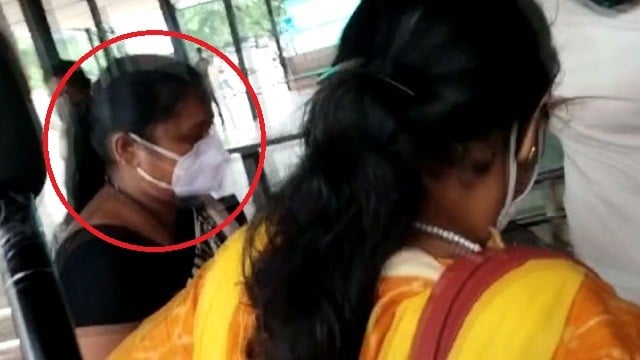 Bhubaneswar: The Vigilance Department in Odisha arrested the Anganwadi Worker of Koradakanta in Bhubaneswar on Wednesday for allegedly amassing assets disproportionate to her known sources of income. It is to be noted that assets worth more than Rs. 4 crore had been unearthed from her possession yesterday.

As per reports, the tainted Anganwadi worker, identified as Kabita Mathan, has been arrested by the Vigilance Cell under the provisions of the PC Act.

Yesterday, following the allegation of possession of assets disproportionate to the known sources of income, simultaneous house searches had been launched on the properties of Kabita Mathan at 6 places in Khordha, Kendrapara and Jagatsinghpur districts. Six teams of Vigilance Cell Division comprising 10 DSsP, 5 Inspectors and other staffs conducted the raids.

During this raid, four buildings including one four storeyed building, one triple storeyed building and two double storeyed buildings at Bhubaneswar, 14 numbers of plots including 10 plots at Bhubaneswar, three plots at Talakusuma, Jagatsinghpur and one plot at Balianta, Khordha, one four wheeler, three numbers of two wheelers, Insurance deposits over Rs.2.2 lakh, gold ornaments weighing approximately 212 grams worth over Rs.6.36 lakh and other movable and immovable properties, all totalling to over Rs 4 crore had been unearthed during the house search.

It has been learnt that salary of the Anganwadi worker is Rs.7, 500 per month. Further investigation is going on to ascertain the source from which she could amass such huge amount of property while her salary is so less.

In the meanwhile the medical test of the said Anganwadi worker has been done. Odisha Vigilance is likely to produce her in the Court soon.