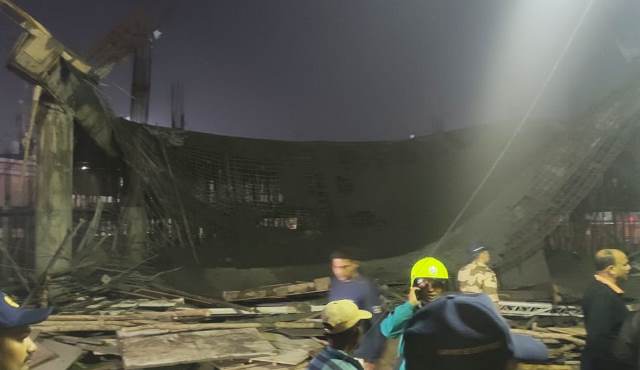 Bhubaneswar: Four persons including the chief of Dillip Construction Company were arrested on Saturday in connection with the collapse of an under-construction roof of the Bhubaneswar airport late last night that left a man dead and another injured.

A person was killed and another injured after an under-construction roof of a link building connecting Terminal-1 and Terminal-2 of the Biju Patnaik International Airport (BPIA) collapsed late last night.

The deceased has been identified as Antaryami Guru, a helper of a truck engaged in the construction work at the airport.

The injured, identified as Nabakishore Swain, a labourer, was admitted at the Capital Hospital here for the treatment.

The incident took place late last night when the labourers were engaged in the construction of a 6,000-square foot roof meant to link Terminal 1 and Terminal 2 of the airport.