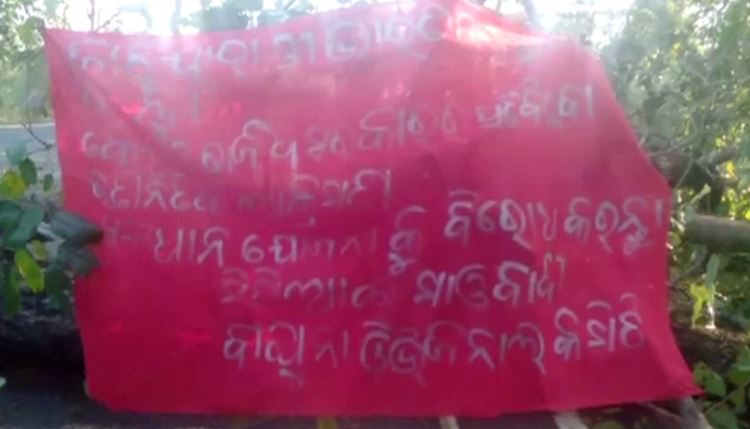 Malkangiri/Phulbani: Life came to a standstill in the Maoists infested districts of Odisha like Malkangiri and Kandhamal in view of the ‘Bharat Bandh’ call given by the CPI (Maoist) group on the concluding day of their Martyr’s Week observation today.

While both private and government bus plying was disrupted through the Malkangiri-Jeypore route starting from the morning today, a number of posters and banners also surfaced at different places appealing locals to join the bandh.

Police sealed the borders of the Malkangiri district with Andhra Pradesh and Chhattisgarh and started combing operation to thwart any kind of disturbance planned by the Red rebels. The Border Security Force (BSF) has put the district on high alert.

Similarly, in Kandhamal district vehicular movement was affected on the roads as Maoists blocked Kotagarh-Muniguda road near Bandapipili, Baliguda-Daringbadi road near Pakaladami ghat and Durgapanga-Bontapipili road by tree felling. They also put up posters and banners at all the three places urging people to support them.

Maoist observed ‘Martyr’s Week’ from January 25-31 in the state and called for a ‘Bharat Bandh’ today against various anti-people policies of both the Centre and the State.