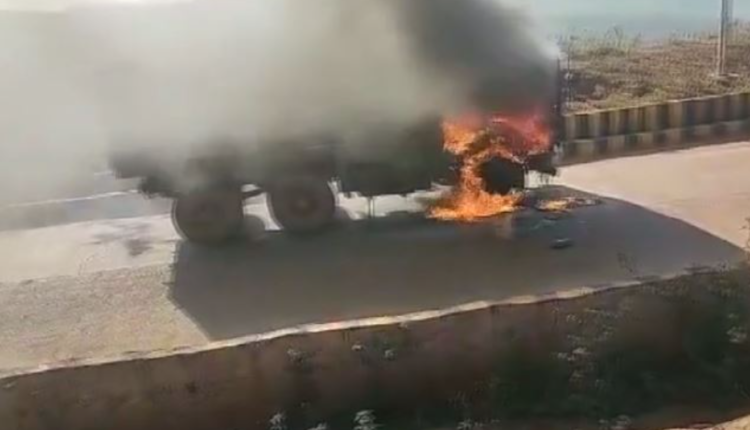 However, no casualties or injuries were reported in the incident as the driver and helper of the truck managed to flee and vacate the vehicle before it got completely gutted.

2 killed in exchange of fire between SOG jawans, maoists in…

Sources said a fire broke out in the the truck that was going to Kodinga Mali mining area from Kakirgumma railway station carrying bauxite in the morning when the truck caught fire.

The fire quickly spread and later engulfed the entire vehicle. However, the cause behind the fire is yet to be ascertained.

On receiving information, a firefighting team reached the spot and doused the flames.