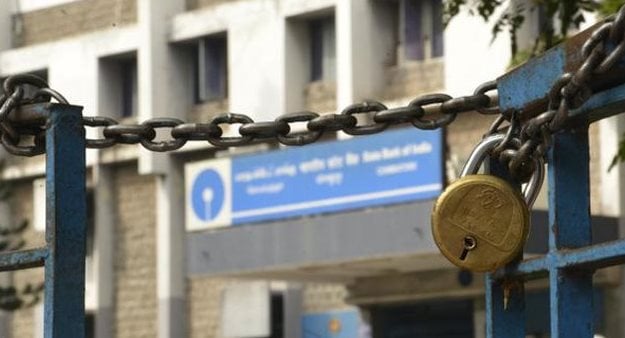 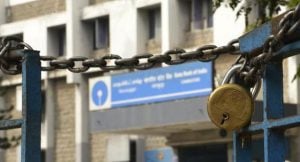 Bhubaneswar:  Over 5000 branches of 21 public sector banks , including State Bank of India (SBI) and IDBI Bank, across Odisha remained closed on Tuesday as bank unions went on a nation-wide strike to protest against the Union Government’s proposed move to privatise Public Sector Banks and merge and consolidate them.

Around 40, 000 bank employees across the state took part in the strike, called by all unions under the umbrella of United Forum of Bank Unions bringing banking services in public sector banks to a halt across the state.

The unions’ other demands include no write-off policy of NPAs of corporate loans, declaring wilful default of loans as criminal offence, implementation of the recommendations of Parliamentary Committee on recovery of NPAs, and reimbursement of expenses incurred during the demonetisation and Jan Dhan campaigns.