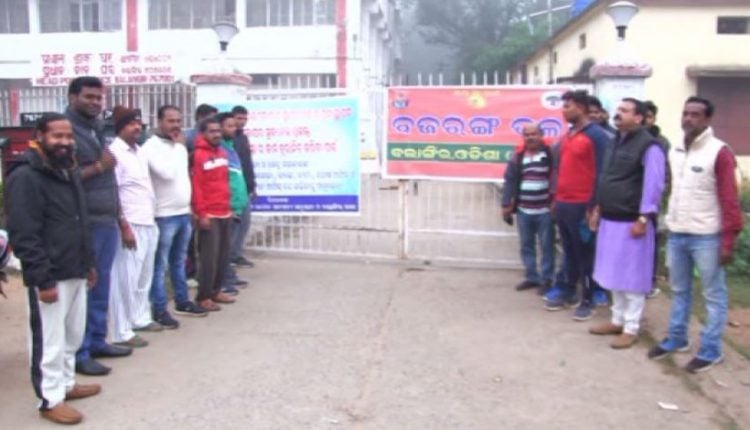 Balangir: The Balangir Action Committee on Wednesday shut down all the government offices, banks and insurances offices here to press their three-point charter of demands including establishment of a permanent bench of Orissa High court in the town.

The Action Committee has called two-day bandh for government offices and banks starting from today to press their longstanding demand.

Their demands also include construction of bypass and speedy completion of Lower Suktel project in Balangir.

Early in the morning, the members of the committee resorted on picketing and closure of all government establishments including the District Collectorate.

However, vehicular traffic on the roads was normal here. Business establishments were not affected. Even, educational institutions were also opened.

The agitation has received support from several organisations including the District Bar Association and several political outfits.

The protestors reiterated that the State government and the Centre should take immediate steps on their long-standing demand, failing which they warned of intensifying their protest in the coming days.

Ajay Devgn on working with Kajol in ‘Tanhaji’: Felt like home on set