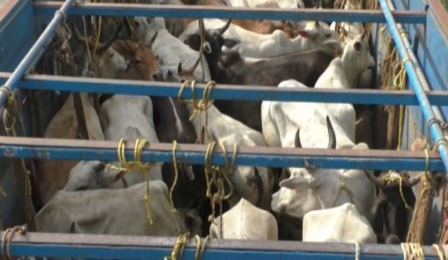 Bajrang Dal activists waylaid the cattle-laden vehicles and handed them over to the police. The cows were being illegally transported to West Bengal from Shahapur haat. More than20 cows were assumed to be dead in the vehicles.

According to police, a case has been registered in the matter and investigation is on. The cows will be taken to Choudwar in Cuttack and will be put in a cowshed.