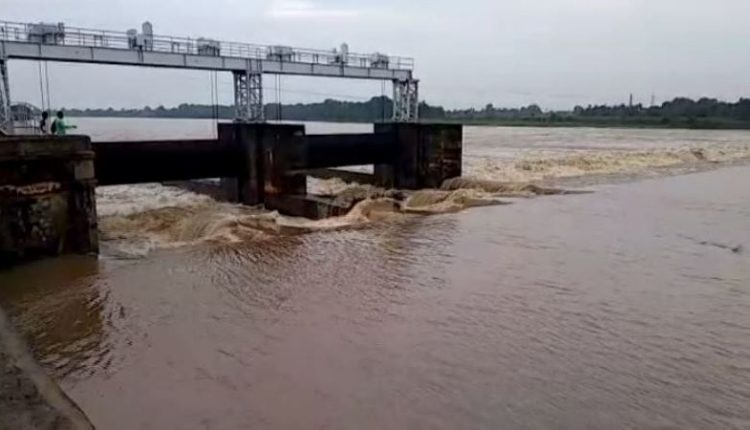 Bhadrak: Flood threat loomed large in Bhadrak district on Sunday as water from Baitarani river gushed into Bhandaripokhari and Dhamnagar blocks and inundated around nine panchayats.

As per the report, heavy down pour which took place in the district for last couple of days left Baitarani in spate and its water flowed above the danger mark at Akhuapada area this morning. The water level in the river remained at 18.15 metres against the danger mark of 17.83 metres till the last report came in.

Flood water crossed Kantighai embankment to inundate at least five panchayats under Bhandaripokhari block namely, Maninathpur, Rahania, Solampur, Mudhapada, and Biroli. Large swathes of croplands got submerged under the flood water in these panchayats causing huge loss to the farmers.

Similarly, flood water created havoc in Dhamnagar block also as it crossed the Gourangpur escape to enter into at least four panchayats. Hundreds of acres of paddy crop were destroyed due to the flood water ingress in the affected panchayats.

While locals in the affected panchayats have alleged delay in relief operations, the district administration has assured that all possible steps are being taken to fight the flood situation.

Has Kangana Ranaut Donned The Director’s Hat For ‘Manikarnika’?