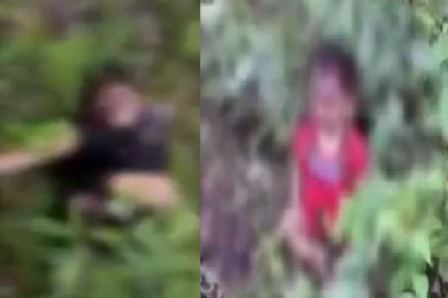 Jeypore: In a heartrending incident, an 18-month-old girl was found crying near her mother’s body in Nilagiri forest near Kumbhariput under Borigumma police limits in Koraput district on Tuesday morning.

Some locals found the infant first after hearing her cry and informed the police and firefighters.

On being informed, firefighters rescued the child from the spot and rushed her to the Borigumma hospital as she had sustained some injuries on her body.

A team of Kumbhariput police also reached the spot and seized the body of the woman for post-mortem.

According to police, a scientific team is likely to conduct an on-spot investigation.

Though the exact reason behind the heart-wrenching incident and the identity of the woman are yet to be known, police suspect that the woman was strangulated to death this morning as a piece of cloth was found tightly wrapped around her neck.