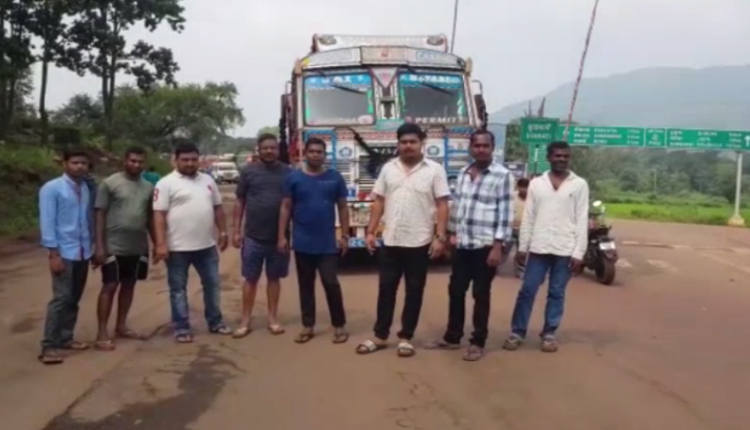 Keonjhar: Supporters of School and Mass Education Minister Badri Narayan Patra on Monday staged a road blockade on NH-20 near Jarda Chhak under Ghasipura police limits in Keonjhar district protesting against stone pelting on the minister’s vehicle on Sunday.

Another group of people staged a demonstration and blocked the road at Ghatagaon over the same issue.

As several vehicles remained stranded on both sides of the national highway for hours due to the road blockade, commuters had a narrowing time reaching their destinations.

The protesters demanded action against those involved in attack during Ganesh idol immersion ceremony at Belabahali Chhak in the district yesterday.

However, the minister’s supporters later withdrew the agitation and gheraoed the Ghasipura and Ghatagaon police stations demanding arrest of the accused.

Unidentified miscreants had pelted Patra’s Toyota Fortuner car with stones and badly damaged rear windshield of the vehicle  while he was on his way to Belabahali to attend the Ganesh idol immersion ceremony.  However, the Ghasipura MLA escaped unhurt.