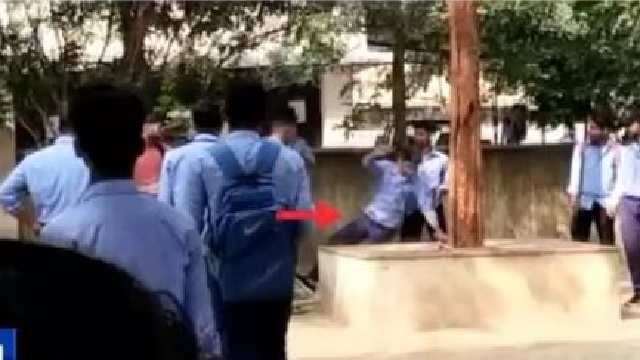 Bhubaneswar: In the matter of the attack on a student of the BJB College in the capital city of Odisha, as many as four students have been detained in the Police Station.

As per reports, out of the four students, prior criminal record has been found in cases of two students. Badagada Thana Police have taken the matter seriously and investigating properly.

On the basis of an FIR lodged by the female friend of the victim the interrogation is going on. Police are interrogating the detained students. Also, the victim student has been questioned by Police. Since tomorrow examination will be there in the College, Police are worried over it.

Meanwhile the victim student has been taken for medical test. After the medical report will come, further action will be ascertained.

As per information given by Badagada IIC, interrogation is underway for the four detained students who had been seen in the video attacking the junior student.

Since, tomorrow there is examination; Police will communicate with the College authorities in this matter.

It is to be noted that in a recent video which has gone viral it has been seen that a few students are thrashing another student. Reportedly, the matter took place in Bhubaneswar’s BJB College.