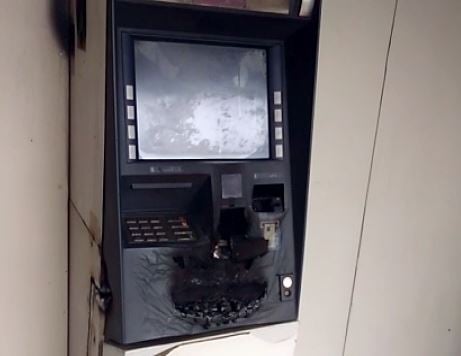 It is suspected that, a group of miscreants tried to break open the ATM with the help of a gas cutter due to which it caught fire.

Finding them in trouble following the fire mishap the miscreants fled from the spot with the gas cutter and saved their lives.

A night patrolling party of Tangi Police which was passing in front of the ATM spotted it on fire and doused the flames.

While bank officials have been intimated about the incident the exact amount of cash lost to the fire is yet to be assessed.

On the other hand, the locals have demanded security staff for the burnt ATM by informing that a similar loot attempt was made at the same a few months back.

Also Read: Fire breaks out at SBI ATM during loot bid in Odisha