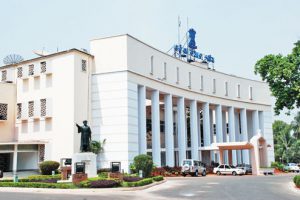 Bhubaneswar: In a major development, Speaker of Odisha Legislative Assembly Pradeep Amat has reconstituted various standing committees of the Assembly. Most of the legislators removed from the council of ministers in a sweeping reshuffle in May this year have been appointed chairmen of different committees by the Speaker.

Brahmagiri MLA and Former Food Supplies and Consumer Welfare Minister Sanjay Das Burma has been appointed the chairman of the Estimates Committee, while Mahakalapada legislator and former Health Minister Atanu Sabyasachi Nayak has been assigned as the chairman of Public Undertakings Committee (PUC).

Nayagarh MLA and former Panchayati Raj Minister Arun Sahu  has been appointed the chairman of various standing  committees of the state assembly, including commerce and transport, forest and environment committee.