Bhubaneswar: Odisha’s moment in the sun, that of adding yet another feather to its hat of staging high-quality sporting events reached a new zenith with an opening ceremony for the ages, held for the 22nd Asian Athletics Championships at the Kalinga Stadium.

Contrary to the event being just about a dazzling array of lights and sounds, Percept One conceptualized an opening ceremony that took a packed Kalinga Stadium on a journey of Odisha’s glorious past and its promising future.

The event was flagged off by Chief Minister of Odisha Naveen Patnaik where he stated, “It was on March 30, 2017 that Odisha was named as the host of the 22nd Asian Athletics Championships. We always had the resolve, and prepared a world-class event in just 90 days. With the Asian Championships, we showcase our readiness and welcome everyone to witness this spectacle. I am certain that this event marks the golden era of sports in Odisha. Odias are amongst the most hospitable people you will come across and I am certain that each one of you will get a taste of the Odia warmth.” 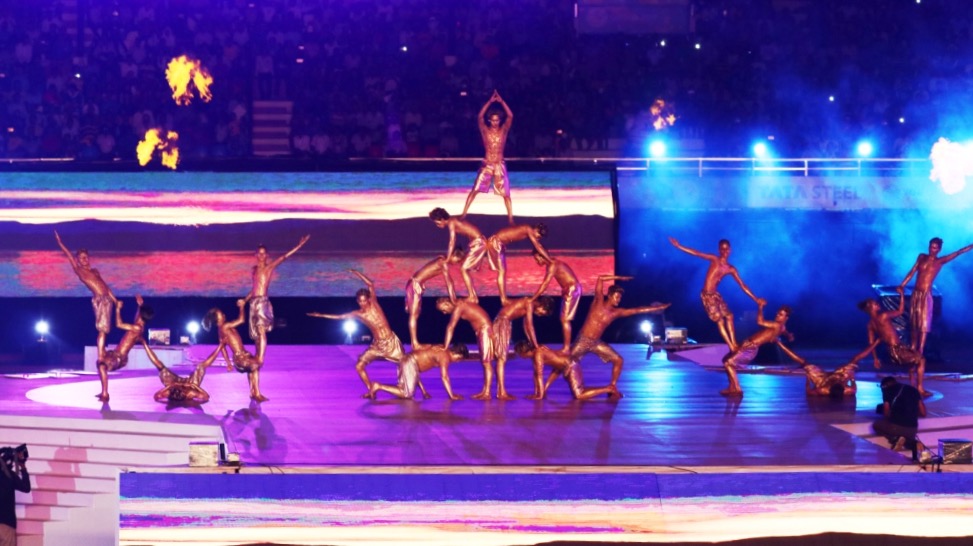 Other dignitaries including Chandra Sarthi Behera, Minister of Sports and Youth Services, Govt of Odisha, Lord Sebastian Coe, President, International Association of Athletics Federation, General Dahlan Al-Hamad, President, Asian Athletics Association, Adille Sumariwala, President, Athletics Federation of India, Aditya Prasad Padhi, Chief Secretary, Injeti Srinivas, Secretary, Sports, Ministry of Youth Affairs and Sports, Government of India and R. Balakrishnan, IAS, DC-CUM-ACS, Government of Odisha were also seen at the opening ceremony.
​
The journey of Odisha – right from the Kalinga War during the reign of emperor Ashoka, to the spread of Buddhism in the region and its subsequent modernity was told through various dance forms. The narrative followed Odisha’s landmark history; right from its ancient temples to its pristine coastline, from its mighty rulers to their penance, from its beautiful simplicity to its fierce ambitions, all aspects were displayed through dance and art forms, some of them intrinsic to the region. Famed Odissi dancer Aruna Mohanty and Bollywood Singer Shankar Mahadevan headlined the celebrations amongst more than 800 participants that included dance groups from the region.

The word Kalinga makes an appearance generously in the daily lives of the people of Odisha, and the opening ceremony for the Asian Athletics Championships took them on a journey that was visual as well as auditory. Opening ceremonies the world over try to capture the audience’s imagination, and P1 managed to enthral right from the outset. And how better to tell the story of Odisha: the iconic Konark Temple doesn’t only hold significance in its actual existence, but the role that the sun plays as a witness to history, which made it the perfect sutradhar. 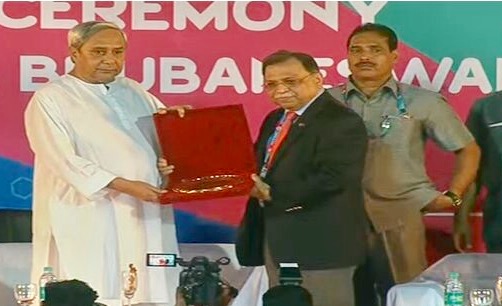 Nupur Mahajan, CEO Percept One, said of the concept behind the opening ceremony: “The Opening Ceremony is the narrative of Odisha told by a confluence of performing arts with artists from Odisha, India and the world. We have managed to chronicle Ashoka’s Kalinga down the great Kharvela all the way to a resurgent, modern-day Odisha by seamless storytelling. Just as the AAC is a coming together of athletes from different geographies so is the show a convergence of art forms and artists. With Bansi Kaul as creative director and a creatively inclined IAS cadre, it has been a meeting of minds and we have together managed to bring to life what looked great on paper.”

Keeping great rulers Ashoka and Kharavela as the seed idea, Percept One envisioned a ceremony showcasing the all-embracing culture of Odisha – inclusive of religion and overall peace. And in touch with its glorious yesterday as racing ahead into an equally promising tomorrow. The clarity in the script, coupled with the whole act being narrated by the sun, going onto the famed coastline – was enacted by the Odisha-based Prince Dance Troupe, who created a customised, all-new act embodying the sun.

The act was followed by ‘Waterways’, signifying the importance of Odisha’s coastline and the role it has played in taking the thoughts of Ashoka’s Buddhism to the rest of the world, and the cradle of civilization it later became. The 400 dancers taking the stage showcased the most historic moment of his life, the Kalinga war and the anguish thereafter that led him into Buddhism – an act put together by Odissi virtuoso Aruna Mohanty’s stunning choreography, performed by her pupils.

The introduction of the international group ‘I000 hands of Buddha’ as a result offered a seamless transition, signifying the spread of Buddhism throughout the Far East. King Kharavela sowed the seeds of peace and growth in Odisha, transforming the kingdom from heritage to modernity that was exemplified through poetry, adding another form of artistic expression to the opening ceremony.

Kharavela built most of the temples in Odisha, and its depiction through the classical expressions of Odissi was the perfect match as the dance form was originally performed in temples. Aruna Mohanty performed this piece herself as the wheel of Konark transcends into the proverbial wheel of time, which was followed by the modern day advancements Odisha has made, shown through a two-minute long film. The wheel of Konark came a full circle, and was portrayed through a dazzling showcase of high-definition LEDs worn by the Zenith Dance Troupe. The arrival of Shankar Mahadevan was combined with Sambalpuri dancers taking the stage to perform to his version of the hugely popular Odia folk song Rangabati. The selection of Mahadevan’s songs also took the similar route of a journey, where Rangabati gives way to Breathless and concludes with Koi Kahe Kehta Rahe, a popular Bollywood track that sees the entire cast take the stage, with the addition of 300 children from Kalinga Institute of Social Sciences, making it a 800-strong cast that raises the intensity levels to a crescendo.

Opening ceremonies around the world work with the brief that theirs has to be grand, and yet must focus on the sport being played. P1 took up this challenge head on and with little time to turn it around, pulled off an opening ceremony to remember.

One of P1’s biggest challenges was to plan an open-air Ceremony at the peak of monsoons, preventing every exigency that occurred along the way. That included weather-proofing the entire set-up, and going into fine detailing like a slip-proof stage: this by adding a layer of carpet under the stage and reversing the slippery canvas with the rough end.

The performers on the stage with all-weather LEDs mounted on them was done with extreme care, keeping into account the looming rains, while lights and sound systems were secured with suitable covering, which also extended to the fans who didn’t have a roof at certain stands.

From heritage to modernity, from the extremes of war to becoming harbingers of peace, from Kalinga to Odisha, the change was visible and spectacular. And the crowd at the packed Kalinga Stadium was left enthralled and wide-eyed.

India has hosted the event earlier on two occasions in New Delhi (1989) and Pune (2013). Nearly 1000 athletes from 45 countries will participate across track and field events. The winners of the AAC procure a direct berth in the IAAF World Championships London, 2017.