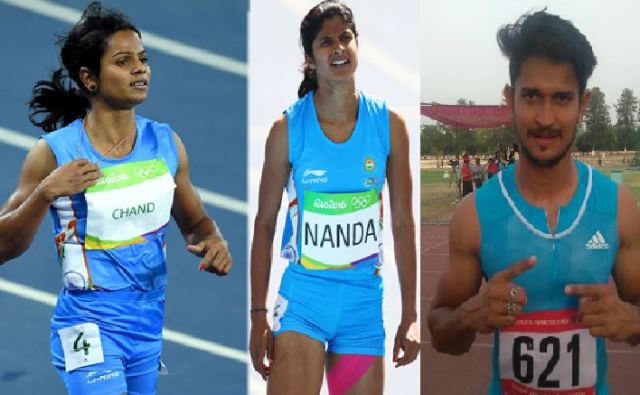 They will be in action in the evening ahead of the closing ceremony.

Srabani stormed into the Women’s 200m Finals by leading in the heat-1 while Dutee finished second in the heat-2 and joined Srabani in finals.

The duo, who were part of the Indian 4×100m relay team which won bronze medal yesterday, will compete in the medal round at 5.40 PM.

Similarly, despite finishing 5th, Amiya Mallick qualified for the finals in 200m event because of good timing over athletes in other heats. He was disqualified in Men’s 100m qualifying round and 4x100m finals.

The local crowd will witness Amiya in action at 5.55 PM.