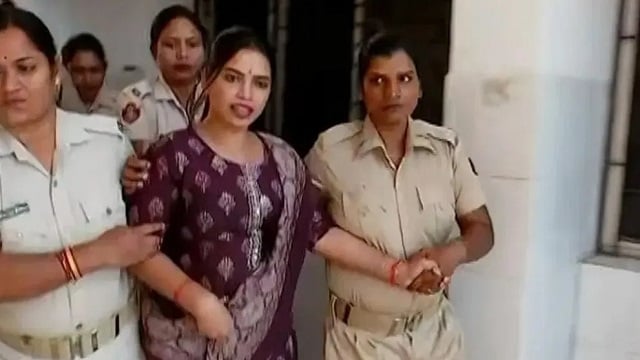 Bhubaneswar: In the lady blackmailer Archana Nag case of Odisha, recently it has been learned that the accused is reportedly not co-operating to the Enforcement Directorate (ED), rather she is keeping silent though earlier she had stated that she would reveal everything to ED.

As per reports, earlier Archana Nag had told to media that she will reveal everything to ED and ‘will not spare anybody’. However, recently it has been reported that she is not co-operating the ED during the interrogation. She is reportedly not giving satisfactory answers to the investigating officers.

How she managed to erect such a big empire, what were the sources of incoming of money were the questions put to her, but she reportedly did not give any satisfactory answer. She is reportedly not giving any answer regarding the honey trap. Even she is keeping mum over the complaints brought by film producers Akshay Parija and Pramod Swain.

Archana’s remand tenure will finish on December 12. ED may again bring her on remand.

On the other hand, her husband Jagabandhu will be presented on the Court on December 13.

ED may bring Archana for the second time to carry out a face to face interrogation along with her husband Jagabandhu. She may also face front to front interrogation with other accused Khageshwar or complainants Shraddhanjali or Akshay Parija or Pramod Swain.

On the other hand the counsel for Archana has said that she is co-operating in the investigation.

Earlier today Khandagiri Police had handed over all the facts related to the case available with this police station to ED. Ahead of that ED had filed petition with Khordha District and Sessions Judge that Commissionerate Police was not giving information about the case. Following Court order Khandagiri Thana Police handed over all the information to ED in a sealed envelop.

Sukhvinder Singh Sukhu to be next Himachal CM