The iPhone 14 series has been launched across the globe and the internet has been flooded with memes about various aspects of the smartphone.

The iPhone 14 series has been launched across the globe and the internet has been flooded with memes about various aspects of the smartphone. Apple founder Steve Jobs daughter Eve Jobs joins the meme fest by sharing a viral meme on her Instagram story.

The story (containing the meme) shared by Eve Jobs shows a man holding a shirt which is identical to the one he is wearing. The text in the meme reads, “Me upgrading from iPhone 13 to iPhone 14 after Apple’s announcement today.” As the iPhone 14 and iPhone 13 are similar to each other, it has resulted in concerns among Apple fans and enthusiast alike. 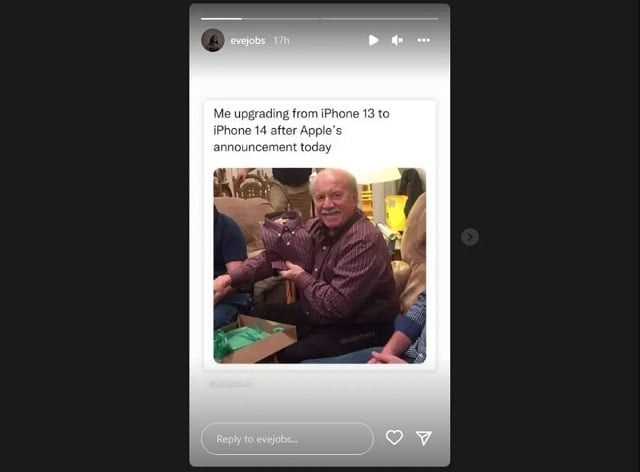 Sale of Realme Watch 3 Pro live on Flipkart, interested buyers can purchase it for Rs 4499