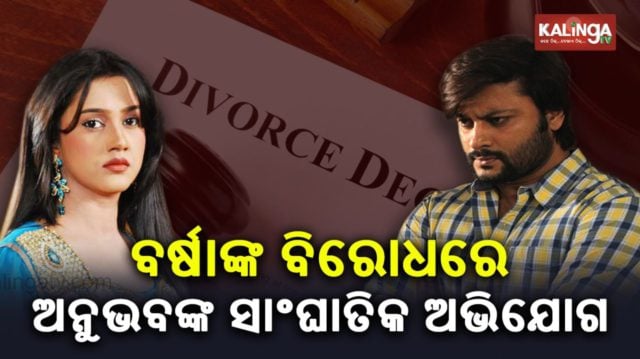 This is a further development to yesterday’s incident as the popular Ollywood actress Barsha Priyadarshini has filed a complaint against her husband Anubhav before a lower court alleging domestic violence.

However, the BJD MP yesterday said that he had not received any legal notice. In his 47-page petition, Anubhav has revealed certain shocking facts.

A few points in his petition are as follows:

It is noteworthy that, Anubhav Mohanty and Barsha Priyadarshini got married in 2014.

Barsha has also filed a case under ‘Protection of Women from Domestic Violence Act’ against Anubhav Mohanty before the SDJM court here. She also reportedly demanded alimony from her husband.

The court is scheduled to hear the case on September 7 that is tomorrow.

Gruesome Murder Of A Youth In Odisha’s Subarnapur