Another Tehsildar Injured While Raiding At Marriage Program In Gajapati 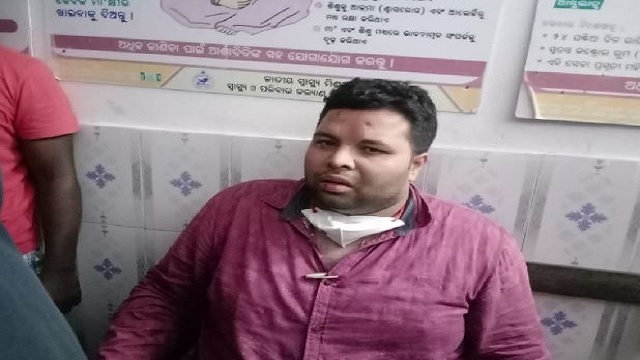 Mohana: Yet another Tehsildar has become the victim of public outrage. The incident took place at Cheligarh village of Odisha’s Gajapati district.

According to reports, a marriage possession was being held by the locals at Cheligarh village by breaking the Covid rule. They also allegedly brushed firecrackers during the procession.

On being informed about the marriage procession, R. Udayagiri Tehsildar Smruti Ranjan Shatapathi and police personnel reached the spot.

Irate over the Tehsildar’s protest for the procession, hundreds of people chased the Tehsildar and police personnel and allegedly pelted stones at them.

Also Read: Woman Tehsildar Beaten Up During Raid At ‘Ekadashi Bhoji’ In Odisha

Tehsildar Smruti Ranjan Shatapathi and Police Sub-inspector Mukesh Lakra were injured in the incident. They are undergoing treatment at R. Udayagiri Health Center.

It is to be noted here that the State government, in view of Covid pandemic, has permitted to organise marriage programs with only 50 attendees.

Maoists kill villager suspecting him to be a police officer…