Another farmer kills self over crop loss, loan burden 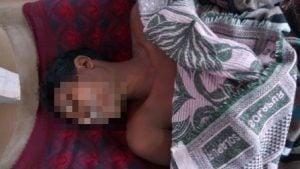 Rayagada: The deadly cocktail of pest attack and loan burden claimed the life of a farmer in Malisiripur village under Muniguda police limits in the district, today. Narendra remained in hospital for a week after suicide attempt on last Sunday.

The deceased farmer has been identified as Narendra Hikaka.

Narendra had cropped 3 acres of paddy along with one and half acre of cotton this year taking loan from village money lender. However, finding him unable to repay the loan after suffering crop loss at a later stage, he attempted suicide last Sunday by consuming poison.

Family members rushed Narendra to a nearby hospital following the suicide attempt and later shifted to Bissam Cuttack Christ Hospital due to deteriorating condition. He died in the hospital under treatment this morning.

Muniguda police have reached the spot and started investigation after seizing the dead body.