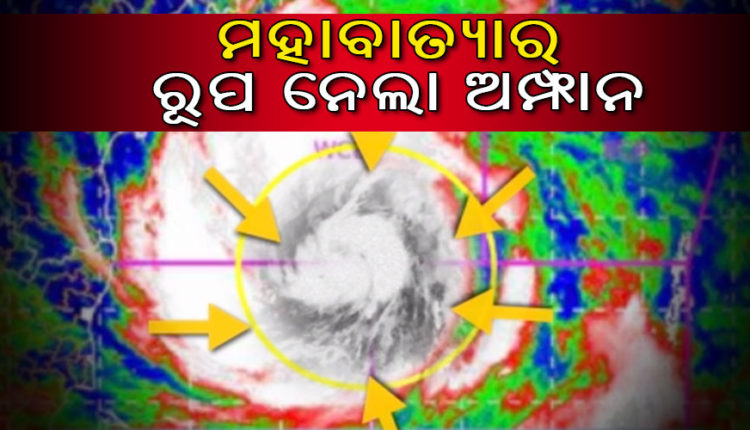 Bhubaneswar: Extremely severe cyclonic storm Amphan over the west and central parts of Bay of Bengal has intensified into a super cyclonic storm with wind speed above 200 kilometres per hour on Monday afternoon, said the India Meteorological Department (IMD).

This is the first super cyclonic storm in the Bay of Bengal after the 1999 super cyclone, which impacted coastal Odisha and killed over 9,000 people.

Heavy rainfall is expected to hit coastal Odisha by Monday evening and then hit West Bengal’s coast the following day.

“Coastal Odisha is likely to experience light to moderate rainfall at many places from today evening with heavy falls at isolated places over coastal Odisha (Gajapati, Ganjam, Puri, Jagatsinghpur & Kendrapara Districts) on 18 th May, 2020. Rainfall at most places with heavy to very heavy rainfall at a few places over north coastal Odisha (Jagatsinghpur, Kendrapara, Jajpur, Balasore, Bhadrak & Mayurbhanj Districts) and isolated heavy falls over Khordha & Puri districts on 19th May and isolated heavy rainfall over north Odisha (Bhadrak, Balasore, Mayurbhanj, Jajpur, Kendrapara and Keonjhar Districts) on 20th May 2020,” the latest bulletin said.

People have been asked to stay indoors during the period. Fishermen have been advised not to venture into the sea till May 21.

Meanwhile, the Odisha government has initiated the process of evacuating people from the vulnerable areas.