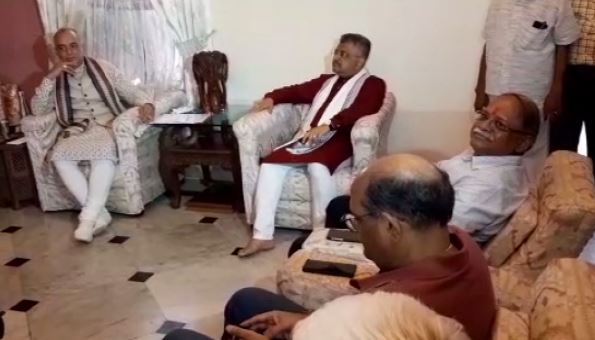 Puri: Supreme Court-appointed Amicus Curiae Ranjit Kumar, who visited the religious town Puri today to review the ongoing eviction drive near Srimandir has given a clean chit to Odisha Government on its decision to remove unauthorised and unsafe structures near the temple.

Kumar, the former Solicitor General of India had a talk with Puri Gajapati Dibyasingha Deb after paying a darshan of the deities at Sri Jagannath Temple this morning opined that the Puri eviction will benefit everybody let it be local traders, servitors, devotees or the administration.

“Expansion of roads around Srimandir was necessary taking into account the fact that Nagarjun Besa will be held here next year. The event is taking place after a gap of 25 years and is expected to witness a footfall of around 15 lakh devotees,” said Kumar.

Out rightly rejecting all apprehensions that administration is resorting to force against people during the eviction process the Amicus Curiae maintained that the process is being undertaken after proper negotiation with all with Verified Development Plan.

The Amicus Curiae had been directed by the apex court to verify whether the ongoing eviction is being done with proper care to common people’s interest or not.

Elderly woman killed, another critical in wall collapse in Bargarh