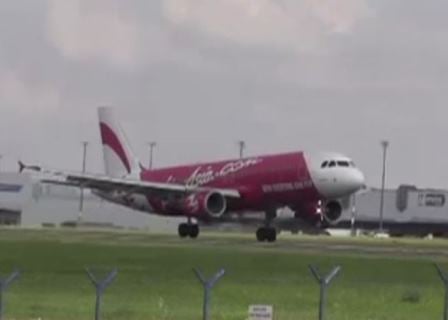 Bhubaneswar: After the successful launch of international services, AirAsia will launch domestic services from the Biju Patnaik International Airport this evening.

The domestic services will be launched to and from Bangalore and Kolkata.

According to director of the city airport Suresh Chandra Hota, an AirAsia flight will take off at 5.05 PM from Kolkata and land in Bhubaneswar at 6.10 PM.

Another plane of the Malaysian low-cost airline will set out on its journey to Bangalore at 6.50 PM from the Capital city of the Odisha and will land there at 9.10 PM.

Later, another flight will take off to Kolkata from Bhubaneswar at 11.25 PM.

With these two new services, the number of flights providing daily services at Biju Patnaik International Airport will climb to 28.