Ahead of observers’ visit, Cong MLAs meet at Narasingha’s house 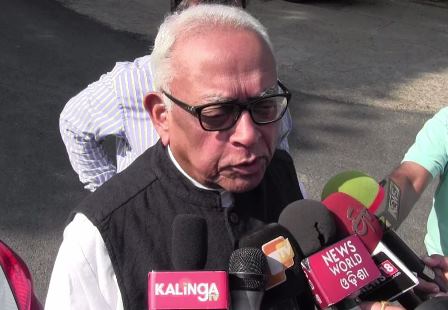 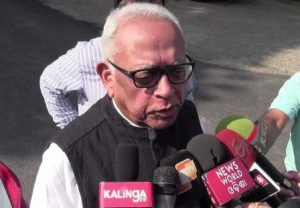 Bhubaneswar: Ahead of the visit of the three-member Congress observer team to Odisha on Friday, party MLAs held a closed-door meeting at the residence of Leader of Opposition (LoP) and senior party leader Narasingha Mishra here this afternoon. The meeting is believed to have discussed the strategy on how to put forth the demand for change of leadership in PCC before the observers.

The closed-door meet holds significance in view of the fact that the report which the AICC team would submit to the Congress president would play a key role in taking a decision on the issue of leadership change.

Significantly, a faction in the Congress legislature party has blamed the panchayat poll debacle on the OPCC leadership and has already met the Congress president over this issue several times in the last couple of months.

However, the deputy in-charge for Congress in Odisha Subhankar Sarkar, who is already in the State, said the party organization is strong and intact in the State. Making light of the visit of the three-member team, he said observer teams are being sent to different states, including Odisha, to strengthen the organization from the grassroots level.