Aged man dies after being hit by truck in Jajpur 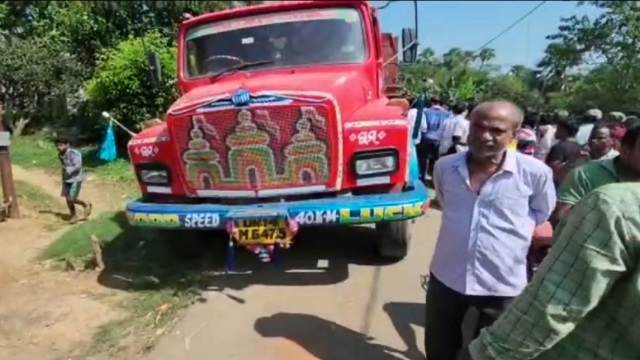 Jajpur: In a tragic road mishap, an elderly man has been killed as a truck hit him while he was moving on road  in Jahala area under Beruda panchayat under Jajpur police station limits here in Odisha this morning .

The deceased has been identified as Bipin Behera Nayak, and he was a retired government servant, said sources.

According to reports, Bipin was riding his cycle and was moving towards the village. Suddenly a speeding truck approached and hit him.

Soon, the police reached the spot, seized the truck and Bipin’s body and initiated a probe into the matter.

A pall of gloom has descended in the village premises  following the unfortunate demise of Bipin in the accident.

It is to be noted that in a similar incident of a road mishap on October 16, as many as  two women were killed as a truck mowed their vehicle in Jajpur district of Odisha . The accident took place near Chhatia on the National Highway number 16.

How to retain 100% of iPhone’s battery capacity, TikToker shares tips