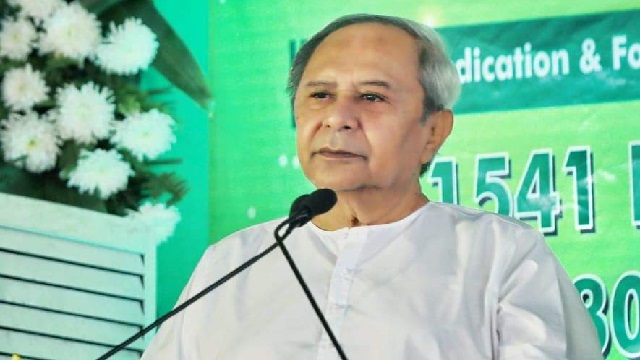 Bhubaneswar: The year 2022 was a year to rejoice and remember for the Naveen Patnaik-led Biju Janata Dal (BJD) in Odisha as the party witnessed massive victories in the panchayat and urban local body polls along with two Assembly bypolls but faced a threat from principal opponent BJP. Besides, the party completed 25 years of its existence in 2022.

The BJD faced panchayat and urban polls in February and March, respectively, and recorded huge victories in both.

As the BJD has the magic number of ZP members in all districts, it was able to form councils in all districts smoothly. For the first time in the history of Odisha, a single party formed Parishads in all the districts in the state.

Out of the total 853 Zilla Parishad (ZP) zones in the state, the BJD grabbed 766 seats. The BJD, the ruling party in Odisha, gained 290 more seats as compared to its performance in the previous Panchayat polls of 2017. The party had won 476 ZP seats in the last poll.

The party also witnessed a landslide victory in the elections to Urban Local Bodies (ULBs) in the state. It won all the three corporations and 73 ULBs.

The regional party has faced three by-polls to assembly seats during this year. While the BJD registered victories with huge margins in the by-polls to the Brajarajnagar and Padampur MLA seats, it conceded the Dhamnagar seat to the opposition BJP. For the first time since the 2019 general election, the BJD faced defeat in an assembly by-poll. It was defeated due to the rebel factor and poor strategy.

Soon, the ruling party identified the loopholes, prepared a foolproof strategy and won the Padampur by-poll, which was held in December following the Dhamnagar by-poll.

For the first time in its history, the ruling party has faced threats from rebels. After being denied a party ticket, former BJD MLA Rajendra Kumar Das had filed his nomination as an independent candidate for the Dhamnagar by-election and ensured the defeat of the ruling party.

As there were several elections during the entire year, the BJD also faced very tough fights from its principal opponent, the BJP, which targeted the government over several issues.

Again, the BJP continued its attack on the BJD alleging the involvement of several BJD leaders and officers in the Archana Nag sextortion case. The recent suicide of prime accused in the Mamita Meher murder case has again focused attention on the case.

The political slugfest between the BJD and the BJP reached a new high in December as the BJD started hitting back at the BJP and the Modi government, alleging central neglect of Odisha.

On the BJD’s silver jubilee celebrations, party supremo Patnaik claimed that the BJD can continue to rule Odisha for 100 years with the blessings of the women of the state. Patnaik was indicating that his party is going to move forward giving priority to women. The party has a strong women vote bank as it has involved nearly 70 lakh women in its Mission Shakti programme.

As the BJD government completed 22 years in office, the party was also facing anti-incumbency, said the observer, who didn’t want to be named.

Odisha is going to witness bipolar politics as the Congress has become very weak in the state. So, in such a situation, it is a tough task for the BJD to counter the BJP alone, he said.