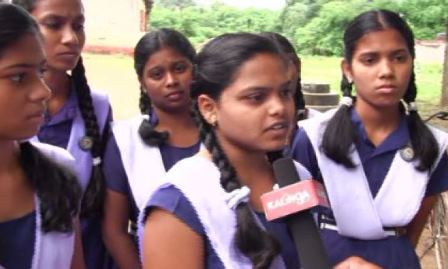 Bhubaneswar: Students of Block Grant Schools across the state, who are facing problems due to the ongoing dharna of the block grant teachers, on Monday urged the state government to address the teachers’ issue soon.

Students of all the block grant schools, mostly the tenth standard students, have expressed their anxiety over the incident and pleaded with the state government to resolve the issue as soon as possible.

“Our studies have been massively hit as our school teachers are on dharna in Bhubaneswar for the sixth consecutive day. We are not able to clear our doubts. We are scared whether the course will be completed on time or not. Since the pretest exam is scheduled for next month, the state government should solve the issue for our sake or else our future will be at stake,” said a student of the Thikadarpara Block Grant Girls’ High School.

On the other hand, school teachers said though they want to help the students, they are forced to join the dharna as they have been neglected by the state government despite repeated requests.

“Definitely we are facing a lot of problems. Though the school has a full-fledged staff, we joined the protest as the school is a block grant school.  We join in the demonstration by rotation. The pretest exam of the tenth standard students will be held next month. But their courses are yet to be completed. Though we want to help the students, we are unable to do so. So we request the government to take steps to solve the problems soon,” said Jayanti Panigrahy, Head Mistress of Thikadarpara Block Grant Girls High School.

The teachers’ strike entered the sixth day today as their discussions with the concerned Minister bore no results. The teachers threatened to intensify their agitation further saying the Chief Minster, who won the Outlook Speakout ‘Best Administrator’ Award, should prove himself now.

“At least 22 teachers, who fell ill during the ongoing dharna, are now undergoing treatment at different hospitals of the city. The CM, who got the Outlook Speakout ‘Best Administrator’ Award, should give justice to the award by solving our long standing issue,” said an agitating teacher.